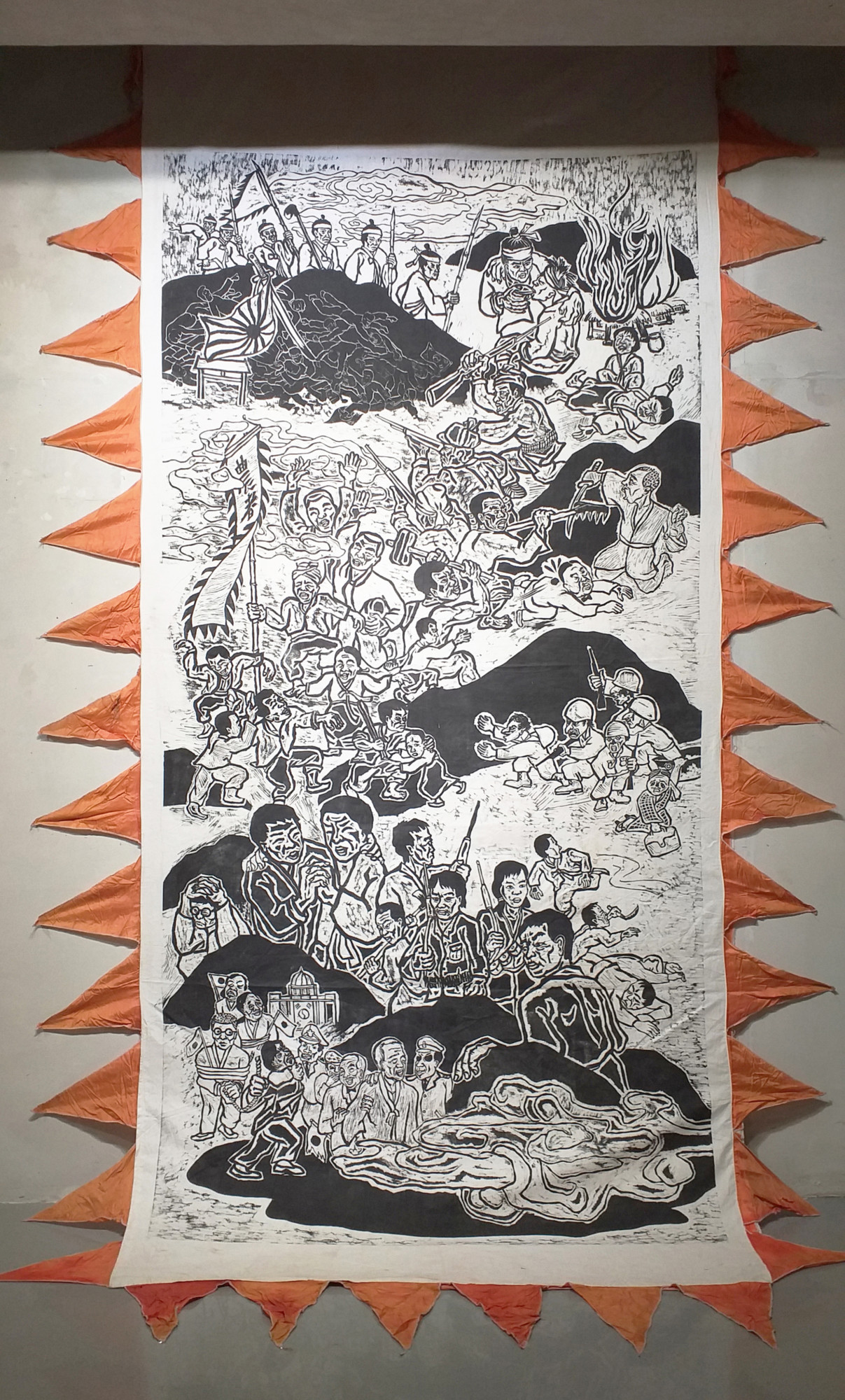 Uk-bae Lee (b. 1960, Yongin, Korea) received a BFA in sculpture from Hongik University, Seoul. He joined a small group, Point (later renamed Sijeom Sijeom), formed in Suwon while in college and after the group was disbanded in 1985, he created the woodcut group Pan in 1986. He worked as a member of the artists community Dureong, in the Anyang Culture Movement Association, and within The Land of Our Own in Bupyeong, Suwon, Anyang, and Gunpo in an array of areas including banners, woodcut prints, cartoons, posters, artworks for publication, an art school for citizens, and printmaking class for workers. Since the publication of Sol’s Lunar Thanksgiving (1995) he has written picture books. His book When Spring Comes to the DMZ (2010) is the winner of Batchelder Honor and the Freeman Book Awards.