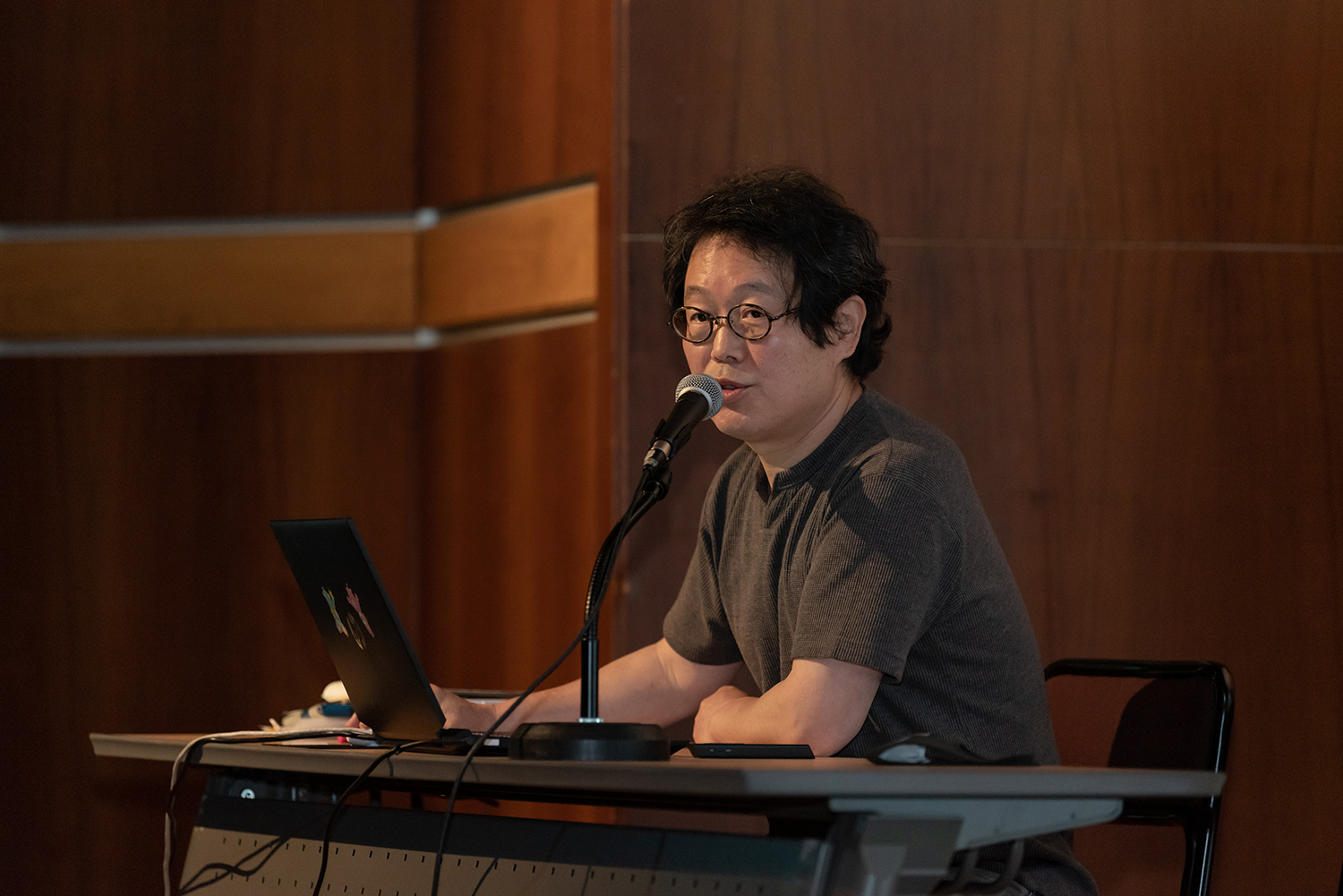 Jinha Kim (b. Seoul) is the director of Namu Artist Space and a specialist in woodcut print. He began his career as a curator at Hankang Museum in 1984. Between 1989 and 1999 he was a chief curator at Namu Gallery, and served as a research fellow at Art Consulting Seoul. He has published widely, including Sang-ku Kim’s Woodcut print – back to nature, towards trees (Hangil Art, 2009), Modern and Contemporary Woodcut Print 1883-2007: Tree Mirror (Woorimisul Yeonguso Poom, 2007). He is also a critic and a woodcut artist himself.