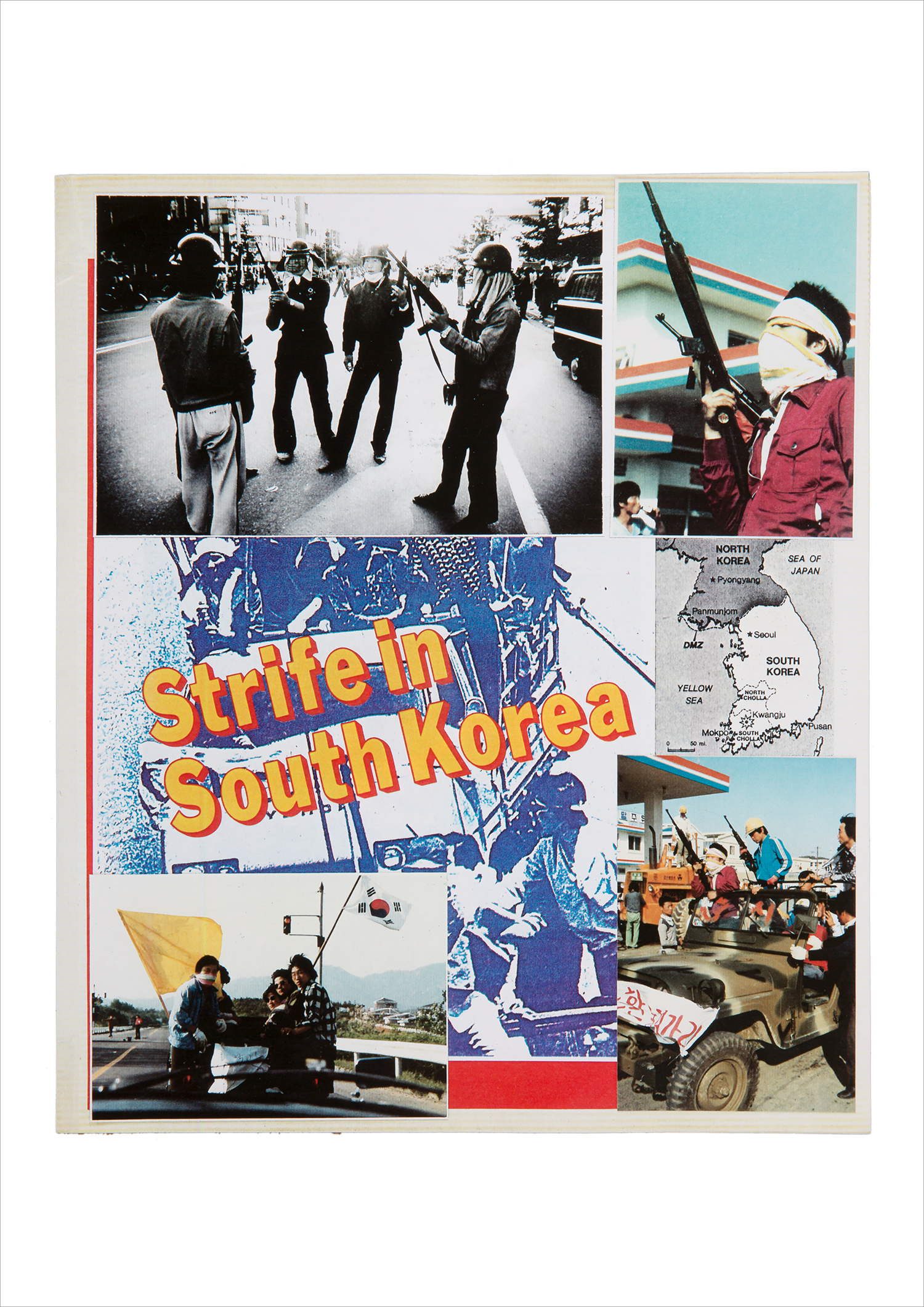 Gwangju in the Eyes of the World, 1980
digital photographs and newspaper clippings
Courtesy of May 18 Memorial Foundation
© Jürgen Hinzpeter

The German journalist, Jürgen Hinzpeter is fondly remembered by South Koreans as the “blue- eyed witness.” He worked at the Hamburg-based Nord Deutscher Rundfunk (NDR), part of Germany’s public broadcast network. On May 20, he snuck into Gwangju and recorded the brutal massacre of civilians by the military. After editing the footage in Japan, where he was stationed at the time, he sent his photographs and film to Germany. Until 1987, the military dictatorship controlled the domestic mass media and prevented the national press from reporting the truth. Hinzpeter’s documentation of the Democratization Movement circulated around the globe and made the world aware of what had happened during the Spring of 1980 in Gwangju.

These scrapbook excerpts belong to Hinzpeter’s private collection. They were digitized and donated to the May 18 Memorial Foundation before his death. The entries include pastiches of his own photographs, news reportages and other material he collected. The way he organized the material is akin to a diary, recording his own personal understanding of how the uprising unfolded.

Jürgen Hinzpeter (1937–2016, Germany) was a German journalist and photographer. He is best known for his coverage of South Korea and specifically his coverage of the May 18 Democratization Movement. Hinzpeter was a reporter for the ARD, Germany’s regional public service broadcaster from 1963. He worked for the Tokyo branch of the ARD from 1973 to 1989 and during this time travelled to South Korea a number of times as ARD’s Japanese correspondent. He was the only journalist to film the Gwangju uprising in 1980. His footage was delivered to Germany and broadcasted worldwide, making the world aware of the atrocities of Gwangju. He retired from journalism in 1995.