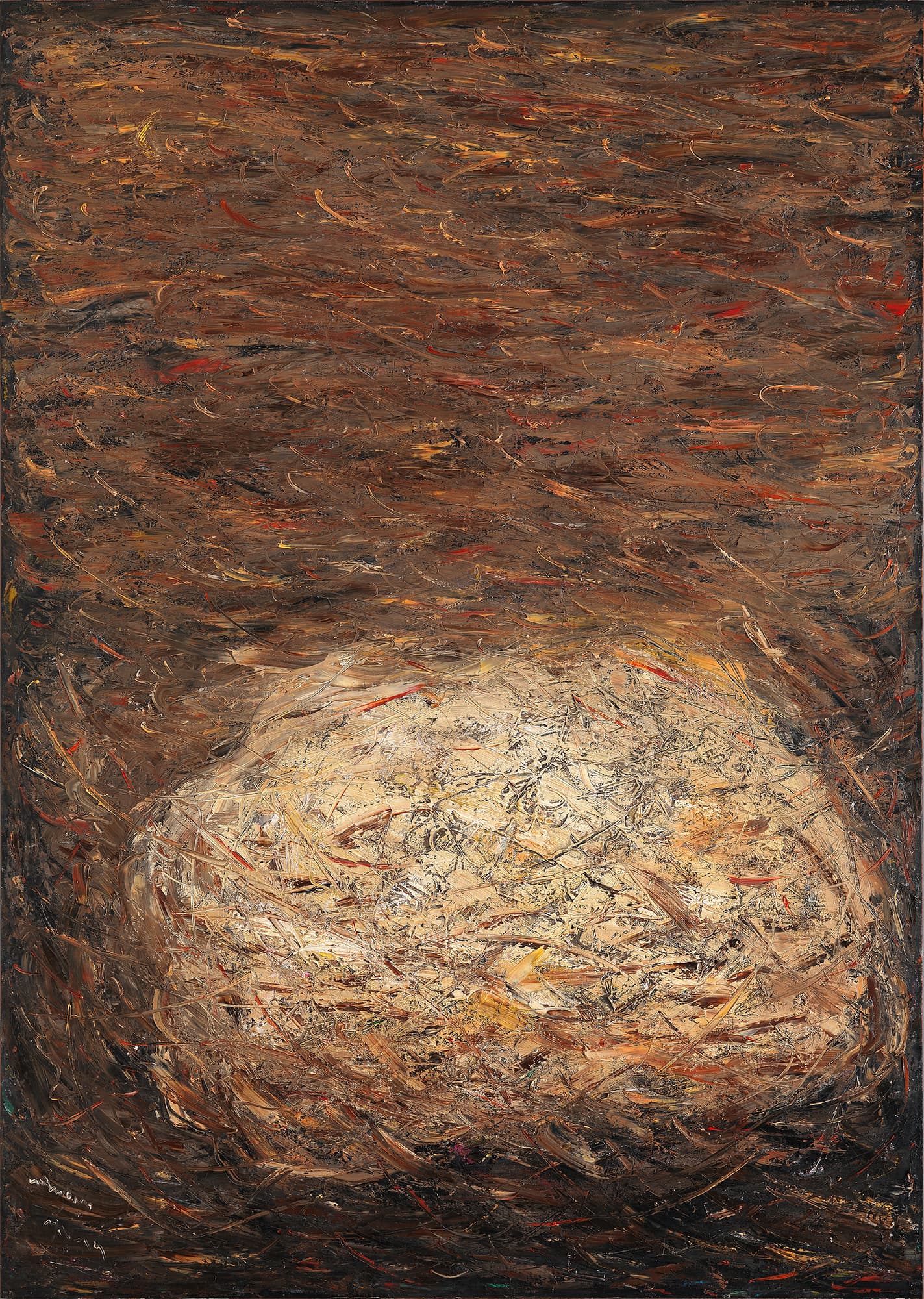 Song Philyong was in his final year of college when the May 18 uprising took place. Since then, he has worked on portraying the turbulent history of modern and contemporary history of Korea. Although the two paintings face each other, they are positioned at a far distance, resembling the three decades separating them. Moreover, implicated in this gap is the artist’s shifting view and attitude towards Gwangju he once witnessed, and Gwangju he remembers now. The History of the Land – Red Jeonghwasu depicts a bowl of clean water(Jeonghwasu)–traditionally prepared as an offering to pray for wishes at dawn–turning into blood shed by those sacrificed during the Democratization Movement. The History of May, on the other hand, is an abstract rendering of a rock, composed of layering strokes of paint. The rock seems to assert the possibility of making people’s sacrifice into a concrete history of Minjung(people). In this sense, the viewers are situated in between the defining scenes of history.