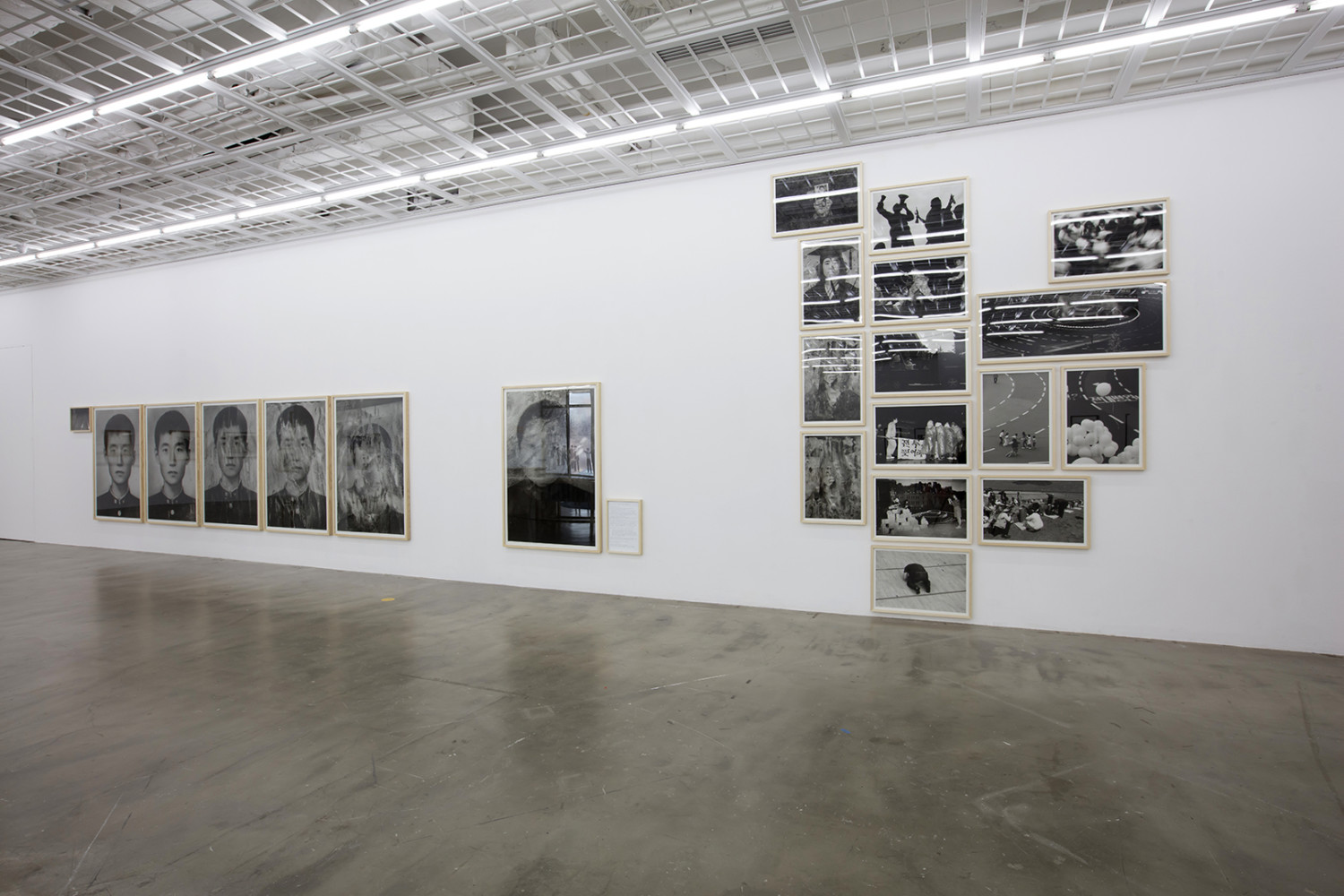 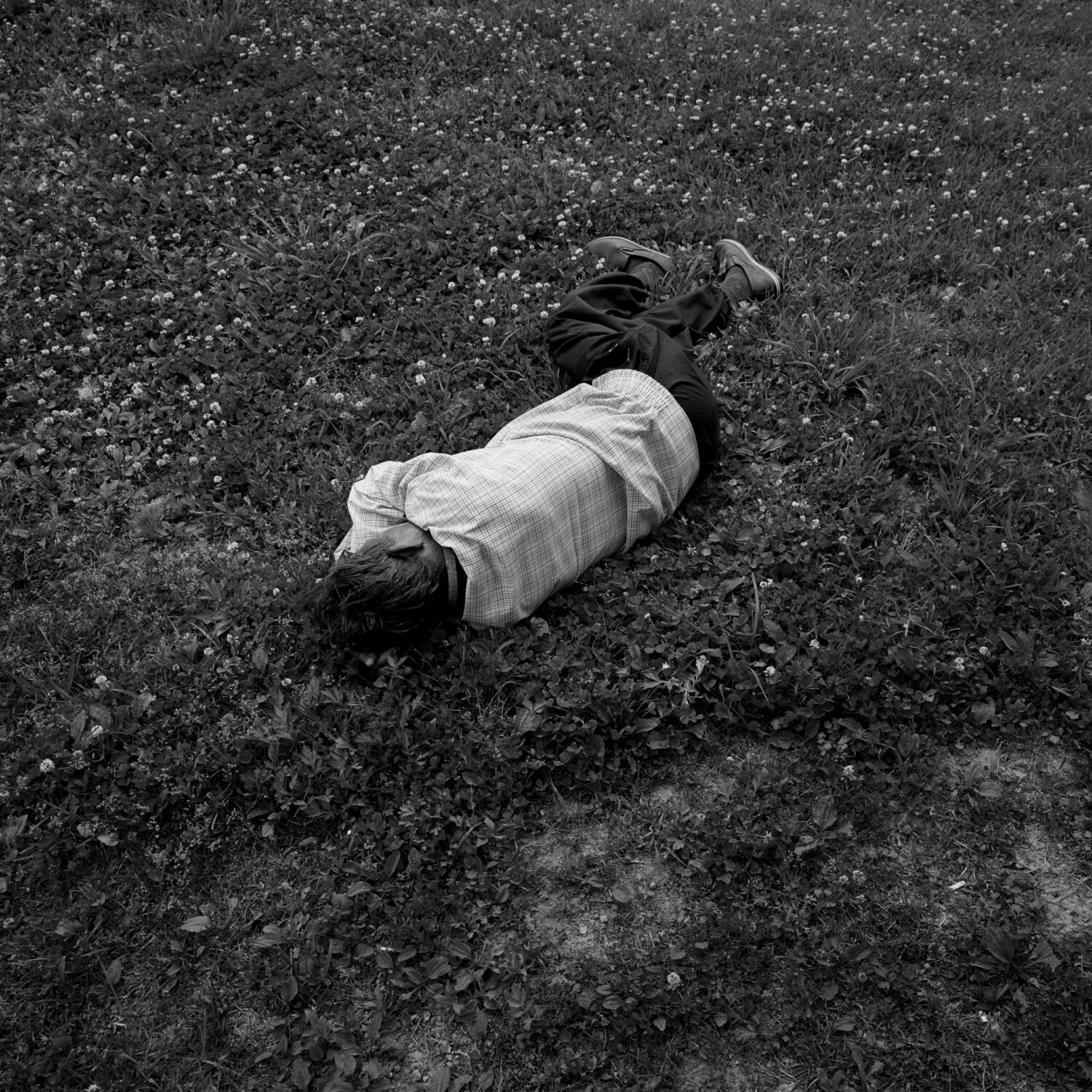 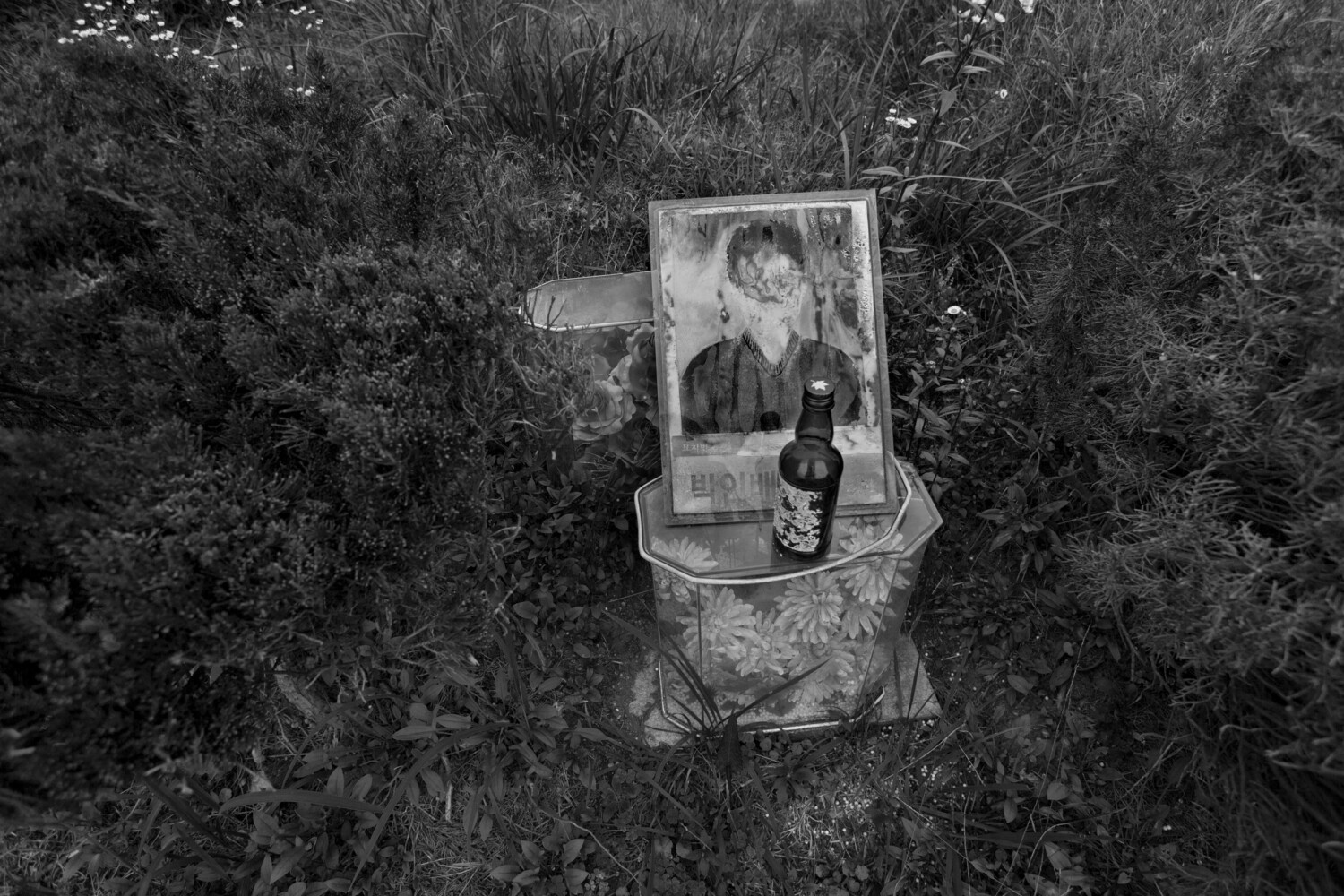 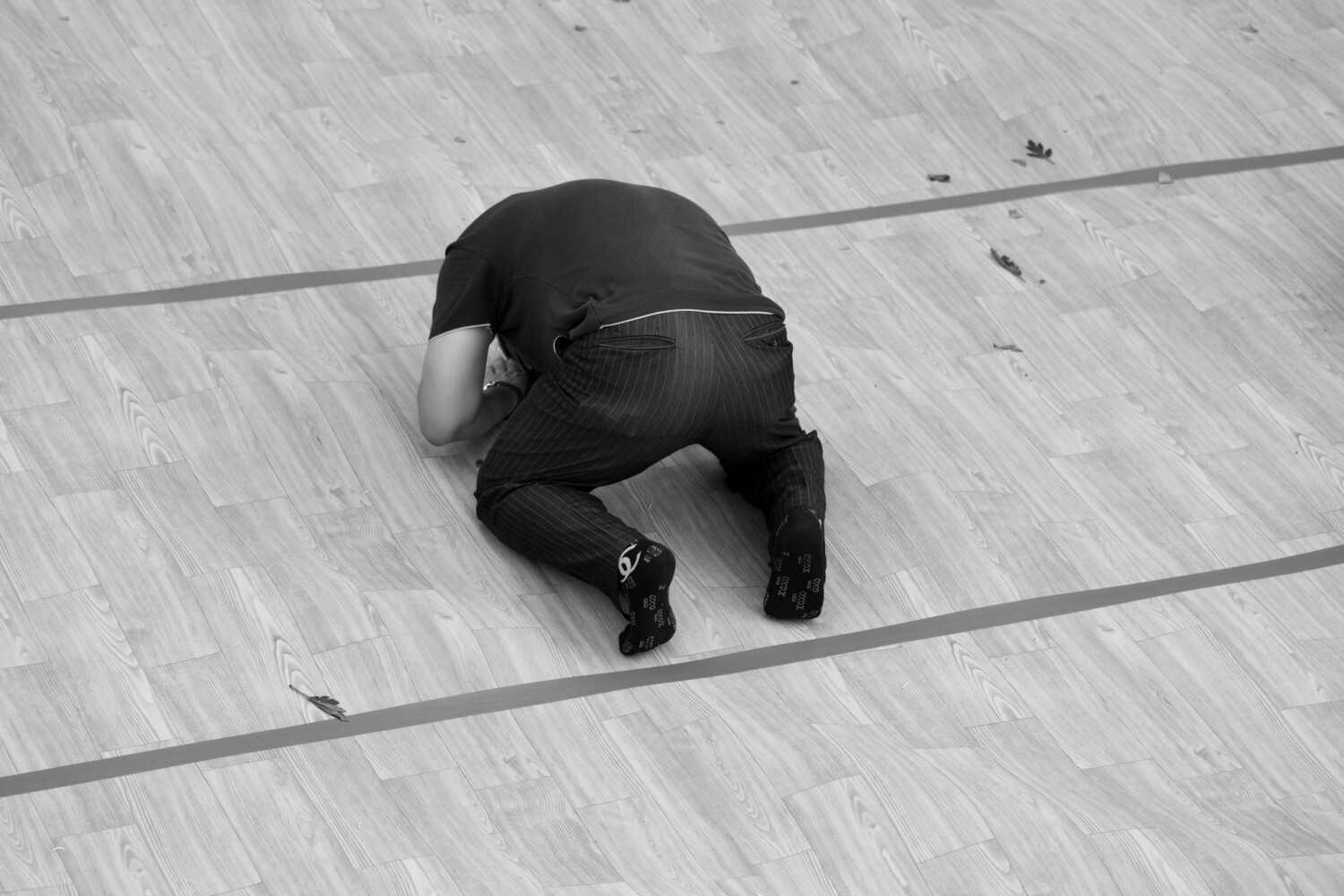 Originally shown at Roundtable, 9th Gwangju Biennale, in 2012, Forgetting Machines presents re-photographed funerary portraits found on the tombs of those who died during the May 18 Movement, in Gwangju’s old cemetery. Such portraits are often kept outdoors in glass boxes, and have been damaged by the weather over time. The tombs are those of victims killed by soldiers during the uprising, whose remains were temporarily buried while the uprising was still unfolding. It was not until the end of the military dictatorship in 1987 that the massacre of civilians was recognized, and it took another ten years for May 18 to become a national memorial day. It was then, in 1997, that a cemetery for the remains of the victims of the uprising was finally built. However, some families declined authorization to move the remains of their beloved to the new cemetery until an official apology for the massacre was issued.

For Spring of Democracy, Noh deliberately selected portraits that have faded over the past fifteen years, and contextualizes them using different images that depict remembrance. These images are described in a statement by the artist that is part of the installation. Forgetting Machines functions as an assemblage of imagery that questions what is forgotten and remembered in the processes of memorialization and commemoration.

Suntag Noh (b. 1971, Seoul, Korea) is a contemporary artist working in the mediums of documentary and photography. His work explores the resonances of the Korean War on contemporary society and how deeply the division of Korea has permeated the daily lives of the Korean people. He is interested in examining the way in which those with power can interpret history and emphasize war and division as fixed chapters in history. Recent solo exhibitions include Bloody Budan Blues (Gwangju Museum of Photography, 2018), The 4th wall – State of Emergency II (Art Sonje Center, Seoul, 2017) and Dance of Order (43 Inverness street, London, 2016). His work has recently been shown in group exhibitions such as Actually, the Dead Are Not Dead: Politics of Life (Württembergischer Kunstverein Stuttgart, Germany, 2020) and Negotiating Borders (Korean Culture Centre UK, London, 2019).